Hello peeps. Yesterday I went to Niagara falls with my sister and cousin and I must say that the falls were beyond amazing. Experiencing it was so much better than what I saw in videos or photos, it can not be expressed in words. We went all the way from Whitby to Niagara on the lake which was a 2 hours journey. The weather was cool and the scenery was breathtaking. There were vine trees and green houses on the way making every area better than the previous. After doing the boat cruise and cheering at the Americans on the other side, we went to Clifton hill and took a five attractions pass. Overall it was a great trip and to everyone going to Canada as a tourist, visiting Niagara falls should be in the top of the list. Here’s some pictures of the trip.

Bridge connecting Canada and US

Made by me as I was bored.
The girl is so me and she even wears glasses like me.

The sun is hidden below the clouds in the sky.The glistering rays of the sun are acting as an orange shadow.The sky looks beautiful with blue and orange combination.

This is the picture taken by my cousin in SaudiArabia.

Pakistan is known for its traditional arts and the Pakistani trucks and ricksaws are famous all over the world for the beautiful patterns ,drawings and calligraphy on it.Recently a Pakistani person displayed a Truck in an American exhibition and every one was amazed by the awesome work on the truck.

Here is a look of 2 most beautiful masterpieces: 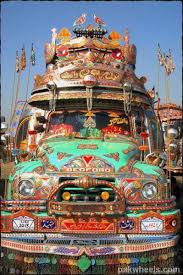 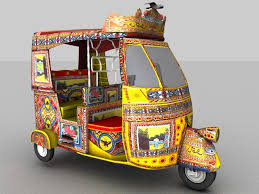 Mangoes make one fresh too if eaten after meal,it energises one.

Blueberry slush.It is just so delicious and fresh!

some 5 minutes before the sunset in Vienna-Europe

A Night Of Mystery

Murders, assassinations, rapes and explosions were very common in Moscow. The FBI agency planned to eliminate all the e wrong doers in order to bring back peace in the city. Sir Jackson Beckham, the head of the Intelligence committee took every case seriously and tried his best to catch the criminal red-handed.

It was 7th July, 1994 when a similar situation took place in the Red Quarter apartment # 25. The day before Mr. Rochester complained that her maid, Flora had disappeared from their home and the following day her hand prints along with the gun shots were found in the apartment # 25 which was adjacent to Mr. Rochester’s apartment.

Sir Jackson, Commander Paul and other team members were ready for their new mission. They were eager to solve the mystery and to punish the culprit. Commander Paul was an old friend of Sir Rochester and believed that Rochester was kind person who although was short-tempered but could never kill someone.However, since people could change themselves depending on the circumstances; he felt the necessity to suspect him.

The FBI team went to the Red Quarter which seemed an old haunted building. To their surprise, the security guard was sweating and praying loudly.Mr Paul asked the guard angrily;”It was you present when the murder took place, right?” The guard replied in a frightened tone;”Y…y…Yes sir. I got a call from apartment number 25 which had always been empty. The ghost threatened me to leave this place immediately or else I will die. I got scared sir because life is precious to everyone and went to my cottage.”

Mr. Shaun (FBI Assistant) said: “You are such an idiot! The murderers pranked you so that you can leave the place and they could successfully accomplish their demonic plan. There are no ghosts…only humans, good humans and bad. Understand?”

Guard: “Yes sir, I feel sorry for whatever happened yesterday. Let me take you to the crime scene.”

The FBI team along with the coward guard went to the apartment where murder was committed. They found the cordless phone plucked in which was used to haunt the guard. More over they found gun shots on the wall and a silver watch.Mr Paul immediately recognized that watch because it was he who gifted this Swiss watch to Sir Rochester on his anniversary. Now the suspect was turning close to reality.”Did Mr. Rochester kill the maid?” he thought.Next, the team went to Sir Rochester’s apartment.

It was midnight when the team knocked Mr. Rochester’s door.Mr Rochester who was choleric became angry when the team started questioning him about eccentric stuff. “Is this the right time to come to someone’s house? His flared.Mr Jackson accused him for killing poor Flora.

Mr. Rochester exclaimed: “I belong to a respectable family. Why will I kill my maid for no reason? Please stop suspecting me.”   Sir Paul stated, “Isn’t this your watch? I found it near the crime scene. What does this prove..?”

Mr. Rochester said, “I know nothing about it sir. I know I have no prove but I swear I am innocent.”

Flora’s friend, Ushna also used to work in the same building. The next day, the FBI agency questioned Ushna about Flora’s death. She felt that the crime was committed by Sir Rochester as she has witnessed Mr. Rochester shouting at Flora for not cleaning the floor properly. She told Flora’s address to the team.Flora’s mother started crying when she heard about her daughter’s death. She told the team members that Flora was raised as a princess. All her wishes were granted by her parents because she was their only child. Two years back Flora got married to the businessman named Michel who lived in Moscow but he refused to take Flora with him. It was only last month when we warned him and he accepted to take Flora with him.Furthermore, Flora’s mother gave picture of their son in law to the team.

Later the team returned back and questioned Michel about the crime. He said that Flora was his wife and killing was surely not done by him. The mystery was becoming convoluted when Sir Jackson came with an idea. The team called all the residents of that building to a conference hall. Sir Paul announced: “We have found Flora’s dead body and you all have to come to the police station to sign the letter that you all recognize her body.” Susie who lived in apartment #13 said: “Sir, when you have found her body, why are you calling us to the station. Crime has been solved and it’s all over.”

Sir Paul; “Everything is not yet over young woman. You have to come and I will hear no excuses.”

The people went back to their apartments while Sir Jackson and his team mates stayed inside the car with blacked windows which they parked near the buildings entrance. After an hour they saw Michel and Susie coming out of the gate and heading towards the nearby park. The team followed them to their final destination.

Susie stated worryingly: “I told you not to bury the body in this public park but you didn’t listen me.”

Michel exclaimed: “Relax honey. Lets dig the place and see whether they really found the body or are just horrifying us.”

They digged the area and found Flora’s body in its place which gave them relief. They started pouring sand over it again when Sir Jackson came out of the car with the hand cuffs.”

He caught both of them and took them to the police office. After being beaten so badly Michel finally confessed the killing of his own wife. He told the team, “I used to love Susie but my family was narrow minded .They asked me to marry Flora who was their niece or else I will not get my father’s property after his death. I wanted money as well as my love and so I agreed to marry Flora. It was not my intention to kill her but I was drunk and by mistake shot her. In the mean while Susie stole Sir Rochester’s watch and kept it in apartment # 25 so that no one could suspect us”

“You guys have made a big mistake by taking an innocent life and will be kept in prison for your whole life”, exclaimed Mr. Jackson.

Moral: ‘As you sow so shall you reap’

This is certainly the best place in Lahore-especially for foodlovers.You can get everysort of traditional food on this street.Some of the best food that I have tried here include; the lahori baked fish,hareeesa and bunkababs.They all were delicious.Everyone should try a visit to this awesome place.

I found this once from pak101.com and thought of sharing this.This is a beauty parlours advertisement with a lot of spelling mistakes which are underlined.For the colouring of hair dye it is written ‘die’ which is height of stupidity.haha! 🙂

My name is Mehak which is also the name of my avatar.It means,’A beautiful smell/fragrance’.My dad wanted to keep my name as ‘Yasmeen’ because it was the name of a lady he use to work with.His next option for my name was ‘Ghazal’which means song.

So it was my granddad who named me as ‘mehak’. Honestly speaking I really like my name.Its small,simple and decent.It is an Urdu word.I never knew my name is so difficult to pronounce until I moved to SaudiArabia.The people here don’t know how to say my name correctly .Someof them say it Meehak or Mahek which becomes very annoying.

So the point is that I love my name and I am very thankful to my grand dad that he kept a good name for me.

Hey ,Do you know that I am a sort of person who gets really impressed by people’s name.I even judge people from their names.When I am free I just think of my favourite names and I love discussing names with my friends.I wonder what will happen when I will have to name my own children.This is what my friends laugh at.

Okay so I have a lot of favourite names for girls.Someof them are : Shanzeh,Alizeh,Anushey,Rida,Zehra and Fatima.

thankyou guys for stopping here and reading the articles on my blog.Hope you come back soon to read new articles.:)